Table showing the number of calories per penny for some healthy and unhealthy foods.

The cheapest foods (in terms of calories per penny) are shown at the top of the table and unhealthy foods are shown in red.

I created this page in order to contradict people who say that poor people cannot afford to eat healthy food, and in particular Zoe Williams, who in the Guardian newspaper on 14/12/11 wrote this:-

... just look at the phenomenal value for money, calories-per-penny in a McDonald's. It blows your mind how cheap a £1 cheeseburger is; crisps are even cheaper. Cheap foods are fatty, and the whole point of fat is satiety. If you look at fresh vegetables in the old-fashioned way, as fuel, rather than the modern way, as an embodiment of morality and self-governance, they are terrible value ...

Just look at the chart and you can see how wrong she is. She is wrong because she failed to check her facts. All she had to do was some simple calculations using information on the back of packs of food.

There are a number of things to be learned from this table. Some of them are quite surprising.
The non-starchy vegetables (cabbage, broccoli, sprouts, cauliflower, red and green pepper, carrot, tomato and onion) may not be as good value in terms of calories per penny, but calories per penny isn't the only measure of value. Vegetables are still valuable even for people with little money because they bulk out meals, give extra flavour and micronutrients such as vitamins, minerals, lutein etc. You can get most of your calories from the starchy staples such as rice and pasta (cheapest of all by far) and add vegetables, which may not be as cheap as the starchy staples but are still cheaper than a Big Mac. This is frozen veg not fresh or organic, but that doesn't affect how nutritious it is, and frozen veg is more convenient.

It's cheaper to buy your kids almonds and brazil nuts than it is to buy them a McDonald's burger or crisps (unless you buy your crisps 24 packs at a time from Lidl). Even if all you're concerned with is giving them enough calories to survive. Almonds and brazil nuts are healthier than burgers or crisps, which is why I am annoyed that Zoe Williams is telling poor people they have no option but to eat burgers and crisps; not only are they are harming their children but they wasting their money. Burgers are high in saturated fat and salt (2.1g of salt in each Big Mac).

The number of calories (kCals) in column 5 is divided by the price in column 4 to get the number of calories per penny (column 3) for each food. Foods are shown in order of cheapness with the cheapest foods at the top of the table. It can clearly be seen that healthy foods (rice and pasta) are cheaper than unhealthy foods (burgers and crisps - shown in red). The starchy staples in this table mostly have a low or medium GI. The price and calorie information was gathered in London in early 2012, I will update it but it is unlikely that relative values will change.

There is a fashion in nutritional circles for saying that pasta is an unhealthy food because it is a 'refined carbohydrate'. They say that unrefined/wholegrain carbohydrates are acceptable but refined carbs are not. However, whether a carbohydrate food is refined or not is only part of the picture when it comes to the glycemic index (GI). The glycemic index tells us how rapidly carbohydrates are digested; the slower the better. Other factors are starch particle size, the type of starch (amylose or amylopectin) and the amount of protein. Pasta has a low GI, rice can have a medium GI, but cheap flour probably has a high GI.

I don't expect people to eat plain rice or pasta; there are many dishes from around the world based on rice and pasta. Rice with dal from India, egg-fried rice with seasonal vegetables in a black bean sauce from China, rice and peas from the Caribbean. However, if you start adding cheese, butter and cream to a rice or pasta dish then you add to the price and make it less healthy.

The foodstuffs shown above should provide for most of what you eat. However, you can add some animal protein such as meat, cheese, fish or eggs. If you don't have much and you don't have it every day then it won't add much to your food bill. Don't think that you need the extra protein because you don't; people think they need more protein than they do. There are ways of saving money on meat. You can use herbs and some spice to add flavour, or different oils. Variety is good. You should also have some fruit sometimes. It's cheaper and better when it's locally produced and seasonal.

I included the values for cheese after I heard an edition of The Food Programme on BBC Radio 4 (22/07/12) where Danish food writer Katrine Klinken was saying that poor people in her country are being deprived of cheap calories by their government after it introduced a tax on saturated fat. She thinks that cheese and butter are cheap calories. As can be seen from the table, they are not. It's not even traditional for Danes to eat lots of cheese and butter. As she explained elsewhere in the programme, Danes used to eat lots of rye bread, potatoes and cabbage, with small amounts cheese, butter and pork. Today, all Danes can eat rice or pasta if they don't want to eat as much bread and potatoes as they used to, together with some cheese, butter and pork.

I included the values for pasta sauce because people have argued that although rice and pasta are cheap, it costs more money to make them palatable. It does cost a bit more, but not much more. This isn't the cheapest pasta sauce from the cheapest supermarket, yet it still has more calories per penny than a Big Mac. So the argument that pasta with a decent pasta sauce will cost you more than a Big Mac is wrong. The same is true for lots of other things you can add to pasta or rice. Pasta and pasta sauce is something you can buy at any supermarket, and it takes minutes to prepare. So even if you don't have much time to shop or cook, or much money, you can eat something healthy. If you do have more time, you could make your own pasta sauce for even less money.

I have created this page for people who are on benefits (as I am) or on a low wage to give them information they can use to save money on their food bill and to be healthier. I also created it to irritate middle-class Guardian readers who seem to want to believe that poor people are passive victims, and that the poor struggle to get enough calories each day to keep body and soul together. Of course, this is fantasy; the problem is just the opposite. Nearly everybody in Britain eats more calories and more protein than they need or is good for them. Not only can we afford calories (and protein) easily but we can afford healthy food easily too. There are some people who say that they go hungry so that they can feed their children, but that's because they don't have the correct information, and people like Zoe Williams aren't helping with that.

A bowl of rice costs 4p or 5p to make. Can it really be true that in Britain there are people who can't afford 4p or 5p for a bowl of rice? It's true that people can run out of money before their next benefit payment comes through. That could be because they are buying food that is more expensive than is necessary. It is true that when people apply for a benefit it can take weeks before their first payment comes through. They will be helped by understanding how little money they need to spend to eat properly. 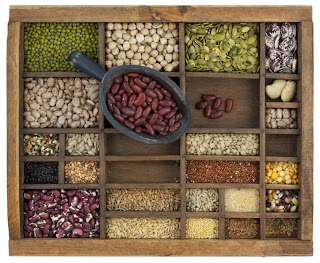 Bête de Nuit
I am a middle-aged man living in the North West of England.